Have questions? We’re here to help! Call us at 808-892-3274
Tooth Decay MCHA Bulk Bag (80 grams)
Access Denied
IMPORTANT! If you’re a store owner, please make sure you have Customer accounts enabled in your Store Admin, as you have customer based locks set up with EasyLockdown app. Enable Customer Accounts

Add the remineralizing power of MCHA to your DIY tooth powder or paste.

For DIY fans who prefer to make their own tooth powders and for folks who are allergic to one of the ingredients in Shine, now you can add the remineralizing power of microcrystalline hydroxyapatite (MCHA) to your homemade toothpaste or tooth powder recipe!

Here's a link to our article that contains a recipe suggestion: How to make a DIY remineralizing tooth powder (that really works)

MCHA is a naturally-occurring compound which contains the exact same chemical makeup as our teeth!

Scientific literature states that using hydroxyapatite in oral health products can remineralize our teeth just as well as (and sometimes even better than) fluoride.

Our MCHA is derived from grass-fed bovine (cattle) bone* that’s been milled into an extremely small particle size.  It’s not nano-sized, but it’s small enough to go into solution with our saliva, and when that solution touches our natural tooth structure, it can support the body’s ability to remineralize our teeth.

We source our MCHA direct from New Zealand to ensure that the product is very clean, as the cows raised in New Zealand are pasture-based all year round.  It’s produced by a pharmaceutical company that supplies many vitamin companies with MCHA to use in their vitamin supplements.

*Please note that this is pharmaceutical-grade cow bone powder. It is not a vegan or vegetarian product.

Thank you for submitting a review!

Your input is very much appreciated. Share it with your friends so they can enjoy it too!

My son 8 year-old had a degrading soft spot in a tooth that had been chipped several years previously. The dentist said we should to have it filled, and we took an appointment for 1 month later. In the meantime, I mixed a tiny quantity of the MCHA with some coconut oil and applied it to the soft spot each night with a toothpick. At the appointment for the filling, my son came out grinning, followed by the stunned dentist and hygienist, as the soft spot was now "as hard as a rock" and didn't need to be filled! You can bet that I told the dentist all about your product. He seemed very interested, especially for his pediatric patients.

United States
Nothing is better

Seven years ago I was feed up with tubed paste. I was searching for a powder that would be healthy and enjoyable. That's about the time I found OraWellness and learned they were spending time working toward just that type of powder. They were meticulous, careful, and never presented it to the public until they were 120% satisfied. That's one of the many reasons I love and trust this great family business. And they didn't let us down! I will never, ever use anything else!

I couldn't find this anywhere else! At first I was put off by the cost but after I made it I realized it is actually comparable. I make a tooth powder with about 20% MCHA and then mix in coconut and sweet almond oil and essential oils to make a paste. My paste costs me about $0.40 per ounce; that's exactly what Aquafresh costs per ounce. But this stuff remineralizes better, in the right way, and you can make your paste without all of the unnatural stuff in store-bought toothpaste. My tooth sensitivity went away within days of starting to only use homemade toothpaste. I almost never get tonsil stones anymore. I look forward to seeing more positive results using homemade with MCHA!

I love your MCHA and how well it works. I mix up my own tooth powder, but use your MCHA and Wellness Drops in it. Both my husband I use it. My teeth feel much better and my hygienist says my gums look like how someone in the dental field would maintain! I use an Asian soup spoon when brushing my teeth and for me it works better than my hand for the powder and dipping my toothbrush. Many thanks for your products and your recipe!

Excellent. I'm starting to prefer powder "tooth paste". This product was great on my sensitive gums and my teeth are whiter, despite my coffee. I'll buy it again.

United States
MCHA Bulk is well worth the cost

I have exposed roots on my teeth and using the MCHA powder with their recipe for tooth powder paste really works! EXCELLENT product! 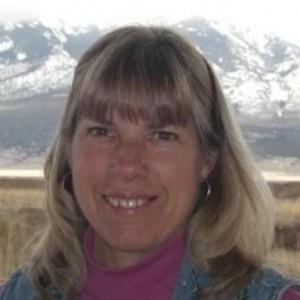 After about a week, I am noticing the plaque/tarter is not building up on my bottom front teeth. Of course, I have watched your wonderful video series on how to brush my teeth with the bass brush. This works! Thanks!

This is a fantastic addition to my DIY toothpowder and contains only healthy ingredients that make my teeth and mouth healthier than they have ever been. It is the ONLY help I have found with no flavoring or oil that causes my salicylate allergies to act up and I am thrilled.

I’ve been using my own home crafted tooth powder for a decade yet my husband could not. He had very sensitive teeth. I started doing research for my daughter and discovered your site through a blogger I follow, wellness mama maybe, I bought the MICHA powder, made up a batch of tooth powder and asked him to try it again. Within days his teeth didn’t hurt anymore and he’s been getting stellar dentist visits. He used to need deep cleanings quarterly. Now, they ask if he’s purchased an electric tooth brush or some other devices. 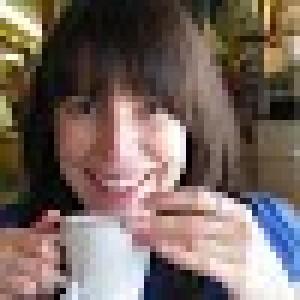 I still have a looooong way to go with my teeth but when i add this to my toothpaste i feel my teeth feel stronger, they've always been slightly loose feeling. I have ordered Shine and look forward to even more improvement... time will tell :)